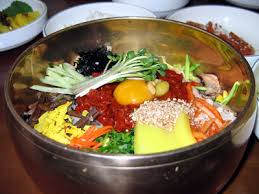 I’ve got a real thing for the people, foods, and customs of cultures different from my own.  Even though I could have been the kid sister of Beaver Cleaver, I was not sheltered from the global world.  Foreign exchange students, graduate students from other countries passing through on their way to higher study, and foreign business associates of my father’s frequently stayed with us (or at least came to dinner).
I learned early on, thanks to my mom’s adventurous cooking, to appreciate foods that delighted my tongue with unique and new tastes.  I remember her rolling her own egg rolls, and flattening and frying chapatis to serve with Indian food cooked for a birthday feast.  What a lucky child I was.
I’m an even luckier grown up, to have married a man who brings such rich culture to our pairing.  As I like to say to him, “you had me at samosa.”   Thanks to my German mother-in-law and Indian father-in-law, our children are exposed to people and places well beyond what I saw at my dining room table, and that excites me.
I’m happy to say that it seems that publishers of picture books are beginning to broaden their depiction of our global world, as well.  However, there is a lot of room for growth.   In a recent article, (Diversity:  Everybody in the Pool! – SCBWI Bulletin May/June 2012), author Suzanne Morgan Williams points out that “more than 90 percent of children’s/YA books published in the US in 2010 were by white authors and illustrators, and about white protagonists.”
I can name a few books with diverse voices from when I was young, including Tikki Tikki Tembo by Arlene Mosel, and of course the controversial Little Black Sambo by Helen Bannerman.  (We cringe now at the political incorrectness, and apparently Helen does too, as she has rewritten the story as The Boy and The Tigers).  All I remember was being fascinated by that pool of butter.
For my own children, there were many more choices.  Some of their favorite books that included diverse cultures were:


Something Special, by Nicola Moon

My most recent favorite is Hot, Hot Roti for Dada-ji, by F. Zia.

“Dada” is the Hindi word for grandfather, and Dadaji is the name my children call their own paternal grandfather.  It was a thrill to come across this book and to be able to give it as a gift to my young nephew, who will never know there was a time where it would have been difficult to find a title like this.  Hot, Hot Roti for Dada-ji tells the story of visiting grandparents and how they share their heritage through play.  It is a story of an Indian family, but it has universal appeal.
I’d like to see even more blending of cultures in books for young children, for kids like my 8-year-old son (1/4 Indian, 1/4 German, 1/2 Swiss/English, and a few other things…) who still struggles with his ethnic identity.
“Am I black?” he asked after a day at the pool when another child had commented on his skin color.
“Is the reason I’m so good with my bow and arrow because I’m Indian?”  (Kid logic – I love it!).
I answer these questions imperfectly, usually starting with, “what do you think?”  Then I go into my extended rant about what a wonderful blend of loving people he is, and when we mixed it all together, look what we got!
Suzanne Morgan Williams says, “Having a broader ethnic/racial base of published authors and illustrators as well as characters will benefit us all.”
I agree with that, and would add that the xenophile June Cleavers of this world might have something to add as well.  At least I know I have the food part of my research down pat.  In fact, I think I’ll go research some Phở ([fɤ˧˩˧] right now.  Slurp!

One thought on “The Ethnic Stew”