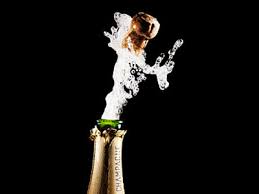 The POP of a champagne cork is one of my favorite sounds. There really is no time when that thoop isn’t signaling a special occasion. And last month, I got to pop open a bottle I’d been holding onto for a long time: the one that signified the sale of my first book!

I am thrilled to share here on the blog that SAY MY NAME, a middle grade novel, will be published in fall 2017 by Little Pickle Press.

Eleven-year-old Rory Mitchell can’t tell anyone his name. He’s not in a witness protection program. He’s not mute. He just can’t say Rs. Sixth grade means big problems for Rory. Not only did his former friend Brent share Rory’s most embarrassing secret, but he has also joined forces with the group of kids most likely to ruin Rory’s day. Then Brent sustains a serious brain injury in a bike accident. Rory has trouble feeling any sympathy for the “new Brent,” whose impulsive behavior and sudden mood swings make him the target of the same kind of unwanted attention Rory has endured. All Rory wants to do is play his guitar and get lost in heavy metal music. But when he is paired with Brent for a school project on Muhammad Ali, Rory must decide which is worse: being bullied, or being the bully.

This story is a culmination of many facets of my life, and is a loving nod to the field of speech-language pathology, which I practiced clinically for several years. (The speech pathologist in the book is way cooler than me, which is one of the fun things about writing fiction!)

There was a long gestation period from my inception of the idea to the signing of my contract, because I had so much to learn about writing a novel before I could really get to the heart of this one. This is not an exhaustive list of what went on, but here are some highlights of how this book came to be:

April 2012: Began first draft of a middle grade novel called “The Wicked Westerlys.” Only four chapters are written. In part because there is essentially no plot. But, a few interesting characters emerge. One of them is a boy who can’t say his own name because he has a speech impediment. (“Maybe: Rory.”)

Fall 2012: Struggling to make Rory a more complex character, I’m hit with a wave of inspiration when I go to see a 6th grade production of Cinderella. The boy who plays the prince is pronouncing R’s as W’s. And he has the voice of an angel and is rockin’ the part. I suddenly see the possibility of Rory being so much more than his speech impairment.

Late 2012/Early 2013: Begin reading almost exclusively middle grade novels. Read, read, read, and try to delve into what makes this category unique, and what is working in recently published books. Write. Chapter by chapter, my own manuscript begins to take shape. The rough draft coming out is not pretty. It’s like I’m moving in the pitch dark, feeling around for the plot, the story arc, the heart.

April 2013: Give myself the permission and gift of a writing retreat, where I hunker down and get to THE END of my crappy first draft. Give to a one trusted “non-writing” friend and her ‘intended audience’-aged kid for feedback. They are kind and encouraging.

May 2013: After submitting the first 25 pages to a contest, I find out at the regional NESCBWI conference that SAY MY NAME has won the Ruth Lander’s Glass Scholarship.

November 2013: Enter the first 250 words of SAY MY NAME in the Baker’s Dozen auction (an online contest) on the blog called Miss Snark’s First Victim. Several agents “bid” on what portion of the manuscript they’d be willing to read (from five pages, to 10, to 25, to the full!). The agent who requested the full did not ultimately offer representation, but the auction was also about getting feedback from a variety of people on my first 250 words. Out of twenty critique comments, 13 people suggested putting more action up front. I studied the feedback and honed in on this message: “Start on the first day of school with the character trying to say his name.” So I did. And it made the beginning sooo much better.

Summer 2014: My manuscript has been wrestled into good enough shape to share it in full with a small group of critique partners. They provide thoughtful, deep, painful, helpful, invaluable critique. I also share again with a very few non-writing friends, and ‘intended audience’-aged kids. Their feedback is also extremely helpful. THE IMPORTANCE OF THIS STEP CANNOT BE OVERSTATED. THANK YOU, MY LOVELIES!

Fall 2014: Feel nearly panicky every time I think about all the work that still needs to be done to revise this manuscript into “ready to submit” shape.

Winter 2014: Go to the inaugural Fireside Retreat (a retreat of my own making that is sponsored by the empty home of my snowbird parents) with close writing friends. Tell them I am scared. Drink wine. Steel myself. Finally get started on a close-to -last BIG revision.

2015: Get really, really used to rejections. Revise and tweak whenever a rejection comes with feedback, which starts to happen more often. Am told it is a really good thing to get personal rejections. Cry.

Fall 2015: Another retreat with writer friends. Open my email to read a recent rejection to them in the hopes of getting some sympathy. Instead, see a note from a small publisher who tells me my manuscript is going to their ACTUAL ACQUISITIONS MEETING. Freak out.

June 2016: The publisher has that actual meeting. THEY OFFER TO BUY SAY MY NAME.

Summer 2016: Contract is signed! Spend time celebrating with friends and family. Cherish each happy moment. Rest a bit in the realization of this dream. Savor. 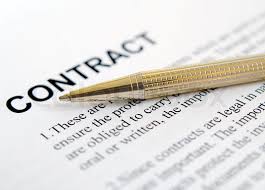 Fall 2016: And what happens now? I am awaiting notes from an editor, which will lead to a revision period of unknown length and depth. Am I nervous? You bet! Might I parlay this into another ‘writing retreat’? You bet! Am I thrilled to be sharing the story of this story with you today? You bet!

Thanks for being on my cheer squad, you faithful blog readers. Writing takes practice and I’ve had so much fun practicing it here. To be sure, I will update my progress here as progress is made. I hope you won’t get sick of me, and I hope you all stick around and maybe even come out to clink glasses with me and have your own sip of champagne next fall when SAY MY NAME enters the world in book form.

I need to clear my head

My characters stink and I can’t think

My muse needs watered and fed

So I’m off, down the road, take a right at the lane

To a fireside ‘cross the bay

Gonna clear my noggin, and quick my sloggin’

Gonna breath, and write all day

Good friends, good food, and a bottle or four

Close the door, shut it tight, lock and latch it

The first draft needs words, and a problem to solve

I’ll wrangle and tangle my story until

A thin ray of hope starts to rise

My eyes will be back on the prize

Far from a cry of defeat, the word retreat actually can mean a purposeful movement towards sanity.

Making a conscious effort to give your goals a solid chunk of attention is a very powerful way to tell yourself, and others, what is important to you right now.

For the next four days, I’m off to the Fireside Retreat – a writing getaway of my own design. I’ll be surrounded by peace and quiet and the occasional laugh from the talented friends who are joining me. We’ll also be meeting with Newbery Award winning author Cynthia Voigt who has graciously offered to share her time and insights with us. And all of this is because I had an idea, and asked for some favors and some help.

Maybe it’s time for you to plan a girl’s or guy’s weekend so you can focus on treasured friendships. Or, perhaps you crave a prefab or self-designed retreat for writers, crafters,  fitness junkies, spiritual seekers, or whatever is your current passion.

Make the time, make the arrangements, make you a priority! Retreat!

In the drawer of my nightstand, I keep a notebook where I write sentences.  Not my own, but sentences other people have written.  Sometimes the writing I am reading is so good, I feel the need to copy it down, so I can ruminate on it later, and recapture some of the joy I felt when reading it for the first time.

In his book, How to Write and Sentence (and How to Read One), New York Times columnist Stanley Fish says, “I am always on the lookout for sentences that take your breath away, for sentences that make you say, ‘Isn’t that something?’ or ‘What a sentence!'”

A friend in my book club once asked, “What makes this book so much better than [the last one we read]?”

“It’s the sentences,” I replied.  I believe it is the carefully crafted building blocks, the ones that sing in our brains, that make a novel memorable.

That kind of careful attention to detail can lift any art or craft into something special. This summer, my brother came for a visit and built us a shed.  But, being a talented craftsman, the project turned into so much more than ‘just a shed.’  How did he elevate the lowly backyard storage area into a thing of beauty?

…and line by clean line.

By paying attention to the small details, and lovingly and artfully combining them, you can end up with a shed like this:

Now, my brother will be among the first to tell you that there were many “first drafts” in his design career that never made it out of his work room (or shouldn’t have).  I’m thinking in particular of a chopping block (which I still love) and a blanket box (which my sister still loves) that he would not want to see pictures of published here.  But without those early “mistakes,” he wouldn’t have learned and honed his craft and been able to eventually build me something as gorgeous as this:

It can be much the same with writing.  Most writers I know have files filled with pieces that make us say, “ugh!  I wrote that??” and that (luckily) will never see the light of day.  But we need those pieces, those ugly sheds.  We all know that to get better at anything, you need to practice.  If you are reading this blog, you are helping me in this effort – thanks!  By practicing the process of revision, I’m working on taking out the “rusty nails” in my writing and replacing them with sentences that are shiny and galvanized.

I’m hoping that one day, I can put a bunch of little carefully crafted details together and create something beautiful.  Maybe I will even write something that will make someone say, “Wow! What a sentence!”